The Apparitional: films by Barbara Hammer and Sandra Lahire Taking the concept of ‘The Apparitional’ from Terry Castle’s 1993 literary and social history The Apparitional Lesbian: Female Homosexuality and Modern Culture where she locates the ‘ghosts’ of lesbian sexualities obscured by history, together with the documentary and experimental films of Barbara Hammer, Dr Watson’s X Rays (1991) and Sanctus (1990), and Sandra Lahire’sUranium Hex (1987) and Serpent River (1989), this event will explore the idea of ‘The Apparitional’ within the context of the X-ray as a presence of the uncanny, a ghostliness, the body as subject, illness, radiation and (film) exposure, conflicts between scientific and visual objectivity and the politics of gender and sexuality.

This screening and discussion will explore the idea of ‘the apparitional’ through the films of the radical lesbian feminist filmmakers, Barbara Hammer and Sandra Lahire. These are powerful films about the vulnerability of the body, of women’s bodies, made (in)visible by and exposed to radiation, unprotected against the effects of contamination by uranium mining, emerging as ghosts through an intense alchemy of images and sounds.

Following the screening, Selina Robertson is in conversation with Dr. Sophie Mayer and Sarah Pucill. 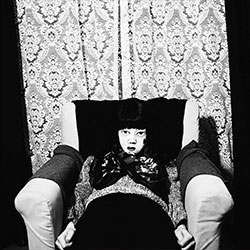 Sarah Pucill is an artist and Reader at University of Westminster since 2000. Her films and photographs explore a sense of self, which is transformative and fluid. At the core of her practice is a concern with mortality and the materiality of the filmmaking process. Her first feature length production funded by the Arts Council, Magic Mirror (2013), explores the relationship between image, sound and word in Claude Cahun’s writing from her book Aveux non avenus (Confessions Denied, 1930) through a re-staging of her photographs. The film premiered at Tate Modern, toured internationally with LUX. In production is a sequel to Magic Mirror, Confessions To the Mirror (Summer 2016), which is shot on 16mm colour and focuses on Cahun’s still life and portrait images.